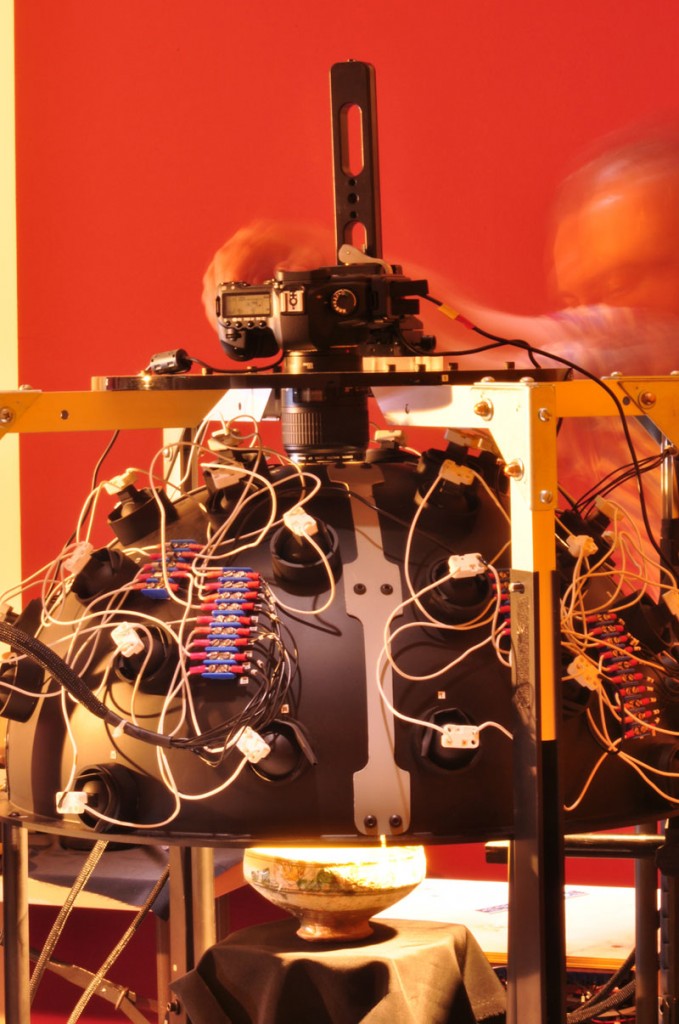 a) Polynomial Texture Mapping (PTM) is a type of RTI imaging application, which was developed by Hewlett-Packard Imaging Labs and enhanced by the West Semitic Project at USC, addresses the difficulties in the photography of objects whose surfaces feature inscriptions or relief designs. They can be found on an array of archaeological objects and works of art such as inscriptions in stone or clay, plaques, coins, paintings, mosaics, relief sculpture, jewelry and other minor objects. It consists of a dome with a hole at the apex, and thirty-six Halogen lights embedded at randomly fixed intervals around the dome. An artifact is placed at the base of the dome, while a camera is positioned looking downward focusing, through the hole at the top, on the aforementioned object.

Thirty-six photographic images are sequentially taken, each with a single light shining on the artifact, thus creating thirty-images with different light angles. Then, the PTM algorithm synthesizes the data from these images to create a single image that can be examined on a PTM viewer. The viewer allows the user to move the light angle in real time, so that the combination of light and shadow representing the relief features of the object’s surface can be freely altered.

b) The second system concerns a domeless ptm system that can be used to create rti images of larger artefacts. This technique is known as “highlight rti”. The successful application of this technique requires a well-trained team that will be able to simulate the lighting effect of the previously described dome with the use of mobile photographic flashes.

c) Large format photography calls for a particularly high level of technical and creative skills. It requires are in depth expert knowledge in order to exploit the possibilities to the full extent. That is the only way to produce exceptional high detail images, which can be further disseminated to acquire knowledge from any kind of interest fields. Large Format Photography can be used in all types of environments for a wide range of materials (e.g art reproduction, conservation/restoration, spectral imaging and archiving). 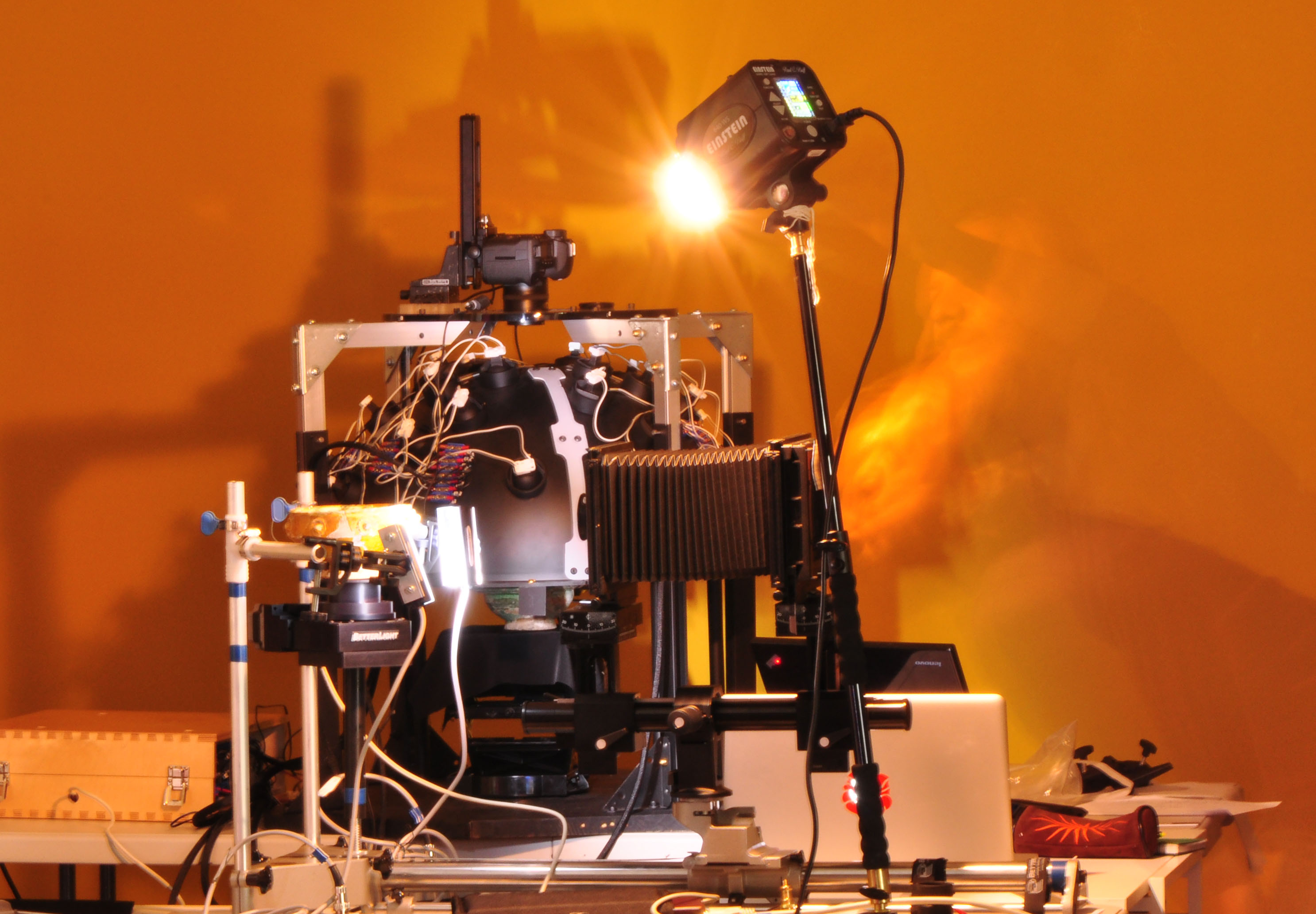